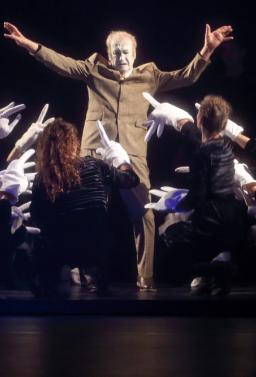 The production Dubček's Spring is the author's title of an important creator from the environment of pantomime theatre, Milan Sládek. Its origin is related to the 50th anniversary of a key socio-political and cultural event in Czechoslovakia, the Prague Spring. Milan Sládek, as a man affected by the communist regime, together with the composer Jozef Vlk and other production makers, pays tribute to Alexander Dubček, the most prominent figure in the events of Prague in 1968 and an internationally respected politician. Through pantomime and dance, the production will bear witness about the dangers of totalitarian regimes and the power of the individual, who can stand up to evil even at the cost of losing personal freedom or social contempt.